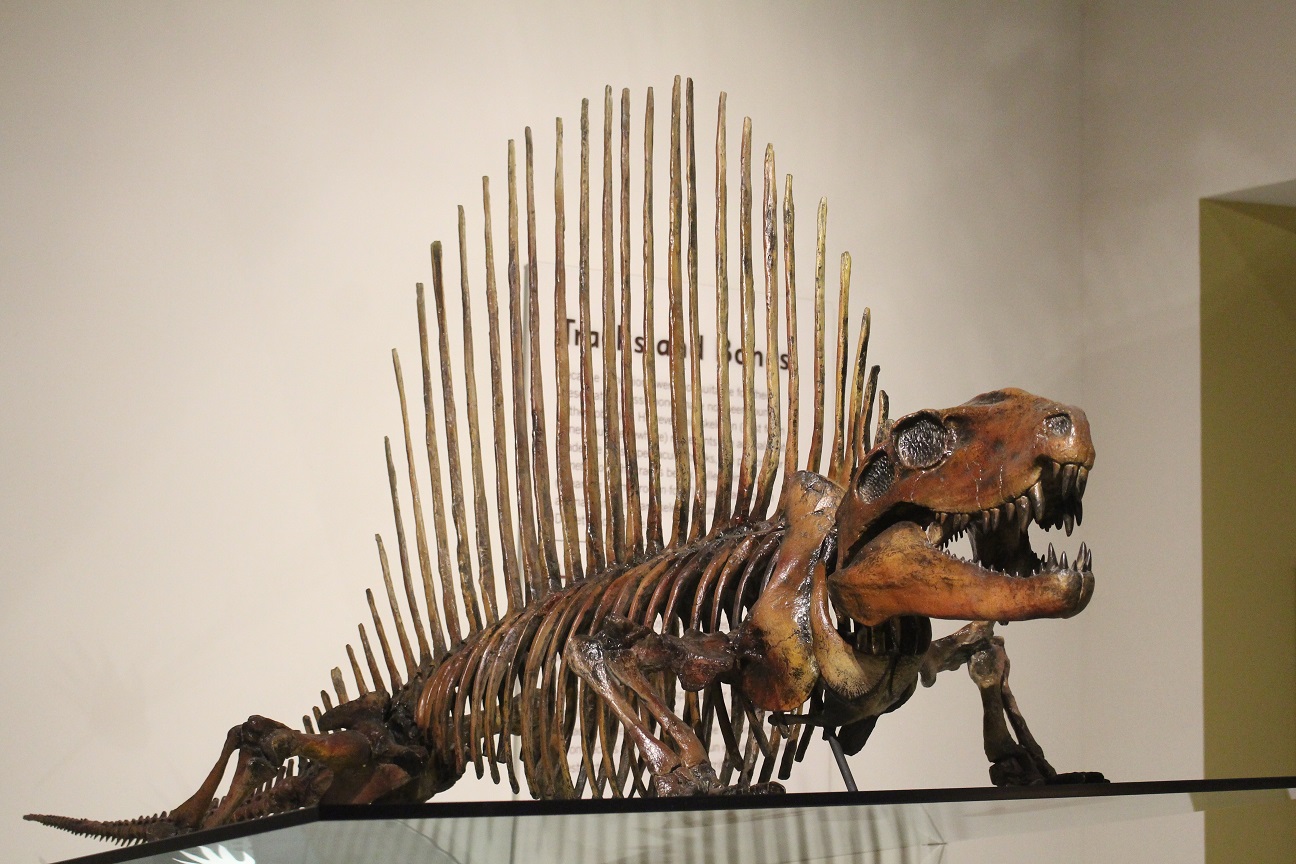 The City of Las Cruces operates two museums that are co-located on Main Street: a natural history museum and an art museum. Nancy and I visited both in late November after strolling through the Farmers and Crafts Market. The Museum of Nature & Science has several very interesting and well-designed permanent exhibits. I think we appreciated the reptilian and amphibian wonders of the Desert Life exhibit the most, and Nancy made friends with a common snapping turtle named Zilla.

One of the first exhibits is this fine cast of a dimetrodon, which is not a dinosaur but a species of animal (it’s more closely related to mammals than reptiles, but it is not an ancestor of modern mammals) that went extinct 40 million years before dinosaurs came on the scene. Fossils of dimetrodon have been found in what is now the Robledo Mountains area northwest of Las Cruces. Theories differ on the purpose of the spined sail along the back, ranging from use as an actual sail while swimming, to assisting with controlling the temperature of the animal, to helping support the back of the animal while it walked in a side-to-side motion.

Here’s a mounted skeleton of a western diamondback rattlesnake. These reptiles can have up to 300 vertebrae, and their rattles are modified scales. They get a new rattle each time they shed their skin, which is three or four times each year. Adult diamondbacks commonly grow to 4 feet in length. This species is responsible for the greatest number of snakebites in the United States, and is found in the southwestern region of the country as well as the northern half of Mexico.

We enjoyed the visit to the Museum of Nature & Science. We both learned a lot about animals that live in New Mexico (now and tens of millions of years ago), and Nancy left with her heart warmed by meeting Zilla.